May 29, 2020 - Posted in History by Andrew Davis
South Carolina ETV’s Telly Award-winning virtual reality series “Let’s Go!” brings a collection of unique and fascinating sites throughout the state to the convenience of your computer and/or smart device! So, what are the top 10 “Let’s Go!” sites in South Carolina? Join us as we count down the most popular virtual reality tours you can visit right now! Comment and share your favorite destination! #LetsGoVirtual 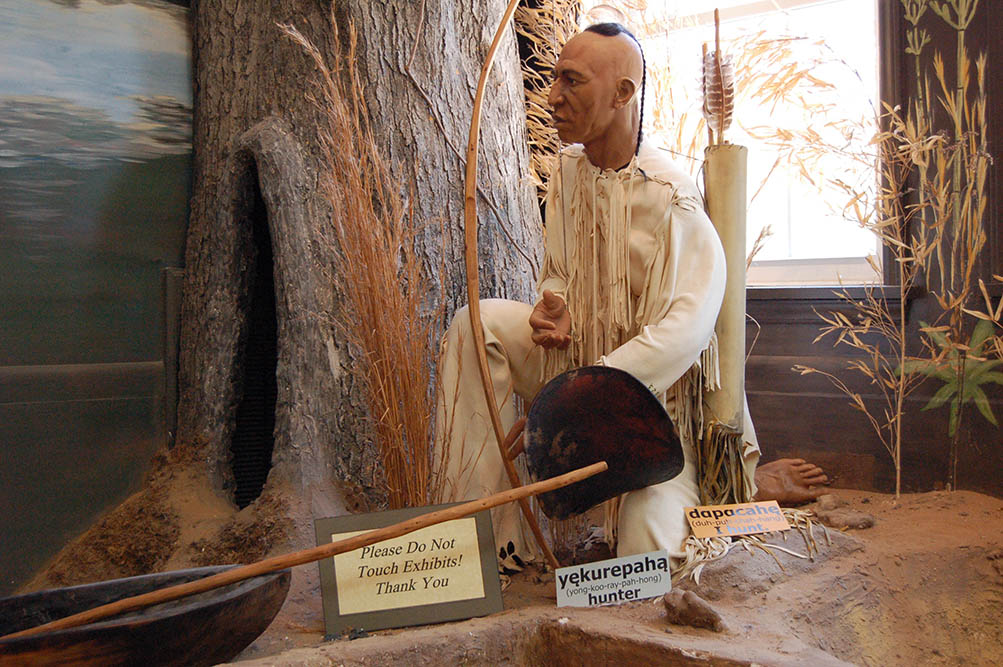 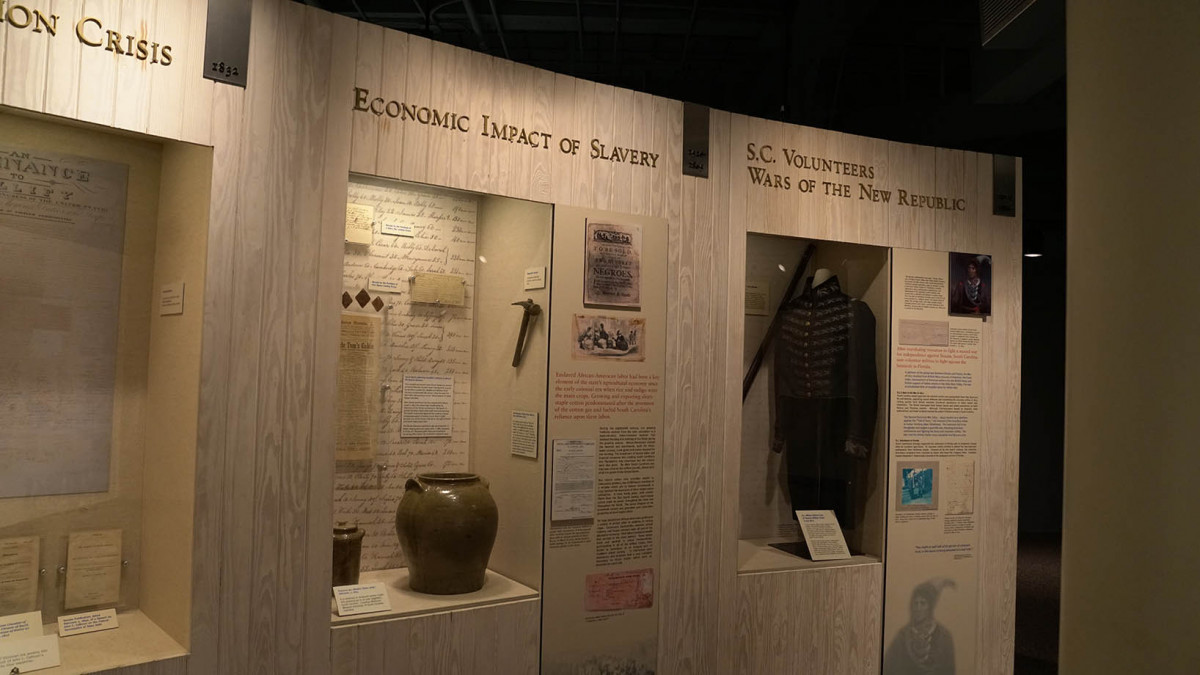 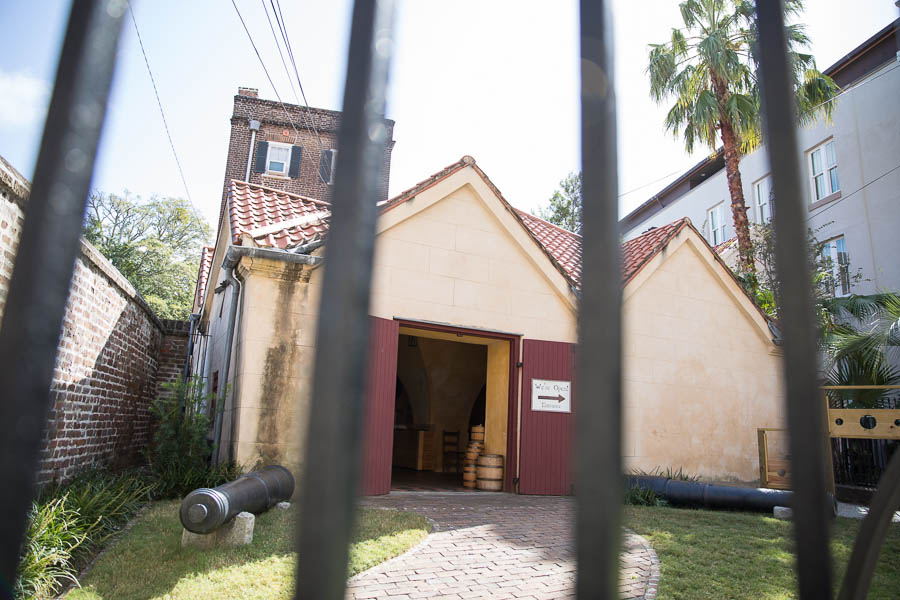 At No. 8, we have The Powder Magazine, located in Charleston, S.C. Completed by 1713, The Powder Magazine is the oldest governmental building in South Carolina. This facility was used as an arsenal from 1713 - 1748 to defend the colony from the Spanish, French, pirates, slave rebellion, and native attacks. It was then temporarily reinstated by the Continental Army during the American Revolution.  After 1780, The Powder Magazine was retired; however, private owners discovered a variety of other functions for this historic structure, presently a museum. Click the link above to learn more! 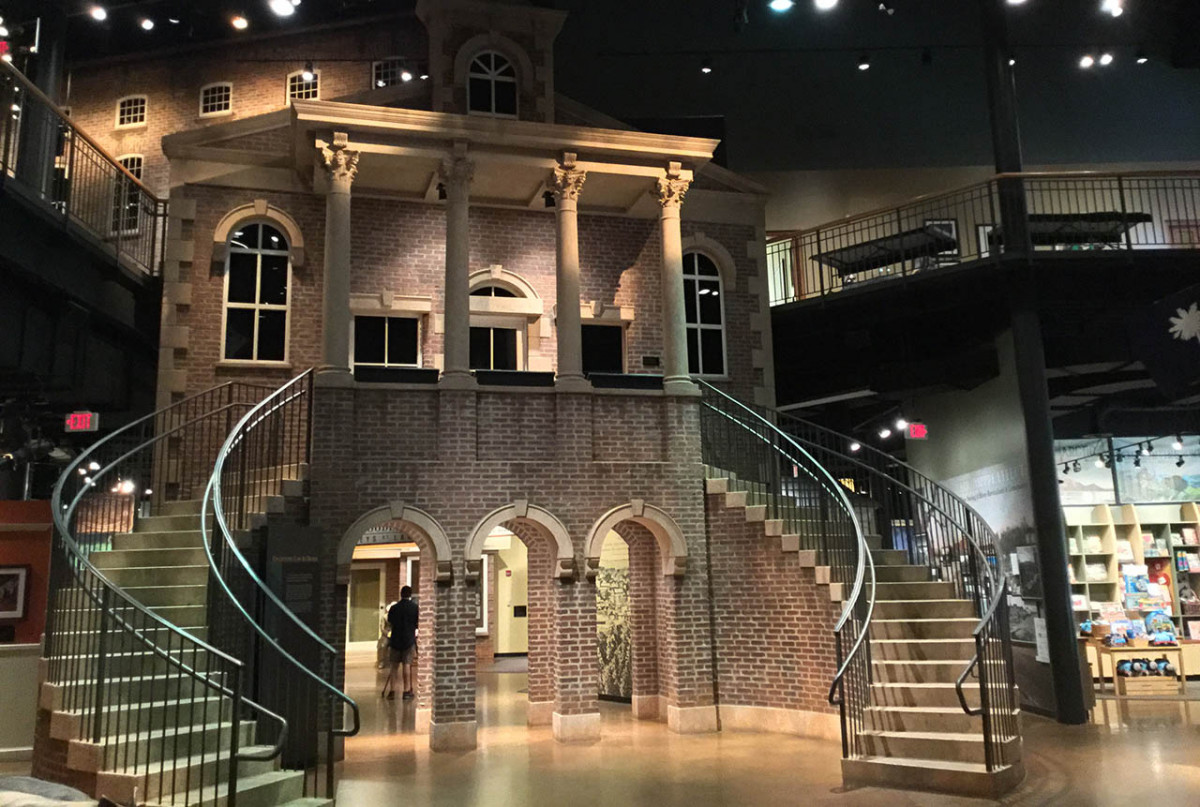 At our No. 7 spot is the Upcountry History Museum in Greenville, S.C. This museum displays the regional history of fifteen upstate South Carolina counties from the early 18th century, to the present day. Some notable exhibits include the Textile Mill Exhibit, Jazz Musicians in South Carolina, and the Upcountry’s Role in the American Revolutionary War. 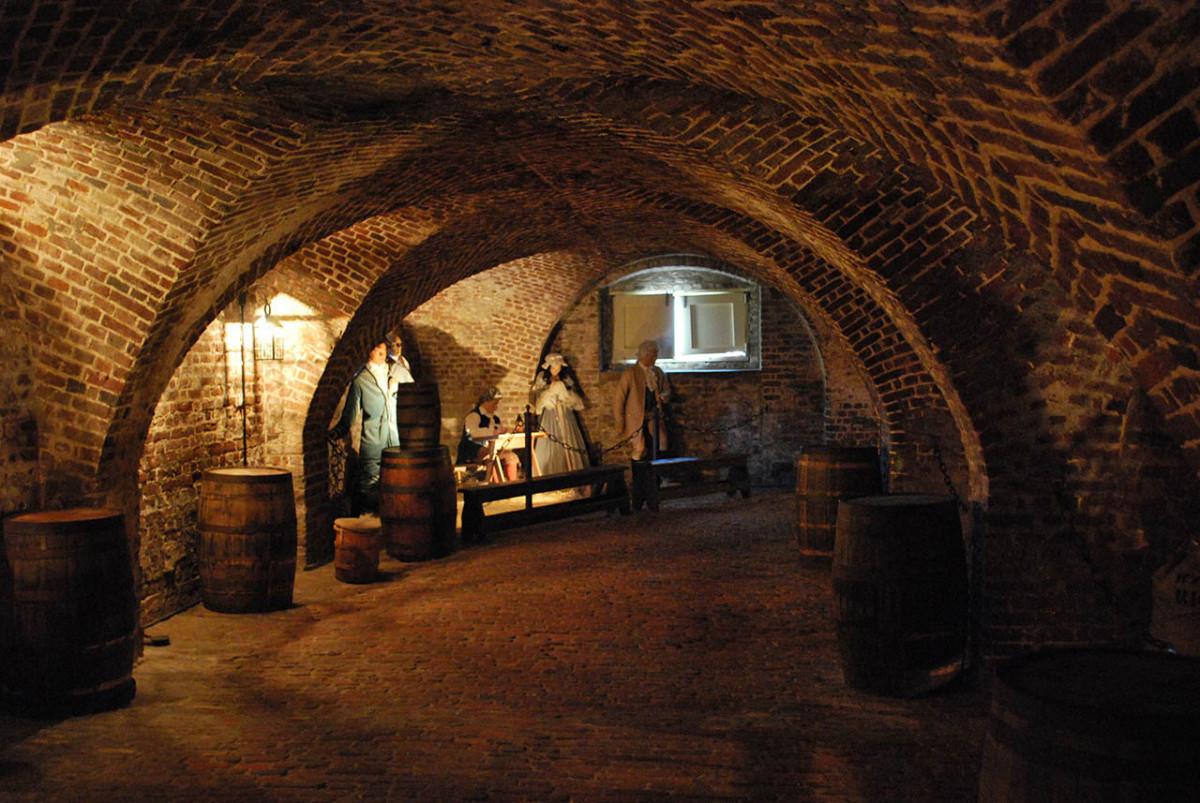 No. 6 is the Old Exchange and Provost Dungeon. Located in downtown Charleston, the Old Exchange and Provost Dungeon is nationally recognized as one of our country’s most significant historical sites. Also known as The Custom House and The Exchange, it has served a variety of civic functions, including notably as a prisoner of war facility used by British forces during the American Revolution. 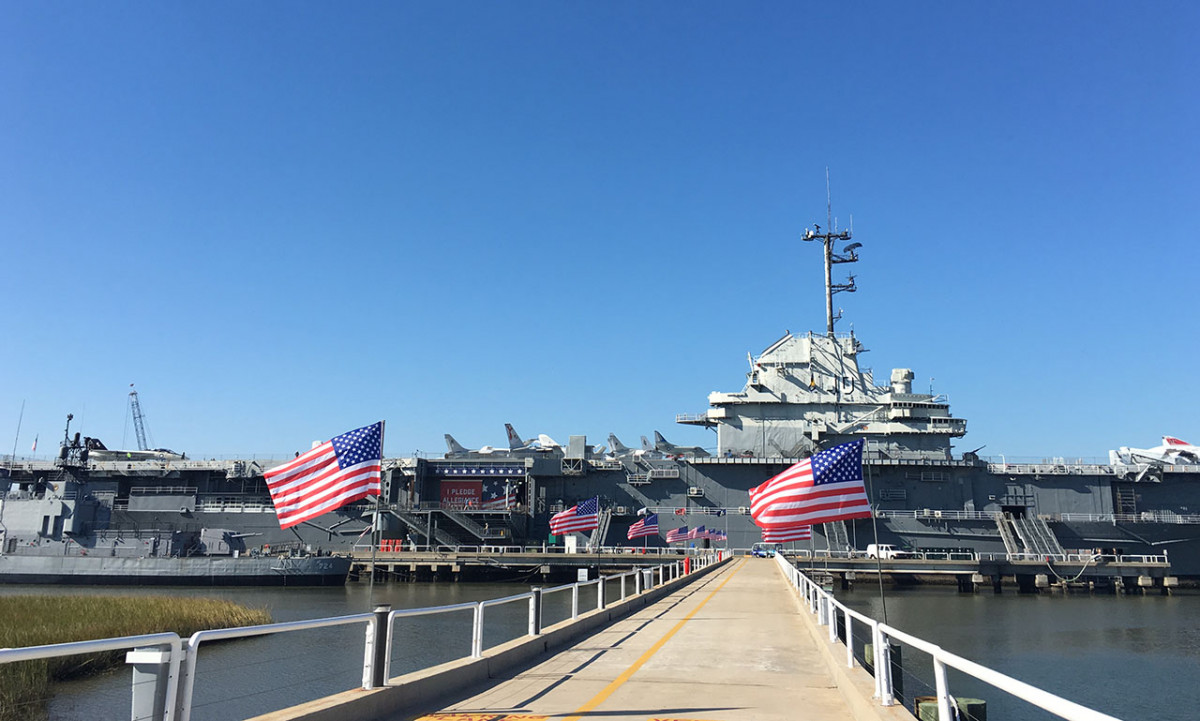 Sailing into the No. 5 spot is the U.S.S. Yorktown at Patriot’s Point, in Charleston, S.C. USS Yorktown (CV-10) was an Essex-class aircraft carrier that served with the US Navy in World War II and the Vietnam War. World War II’s famous “Fighting Lady” would participate significantly in the Pacific offensive that began in late 1943 and ended with the defeat of Japan in 1945. The Yorktown received the Presidential Unit Citation and earned 11 battle stars for service in World War II. Today, she is permanently moored at Patriot’s Point as a museum which showcases her illustrious career. 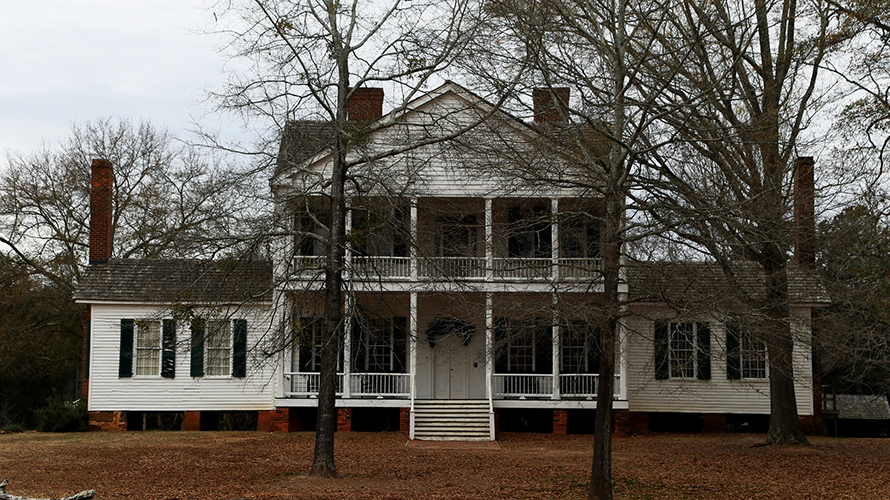 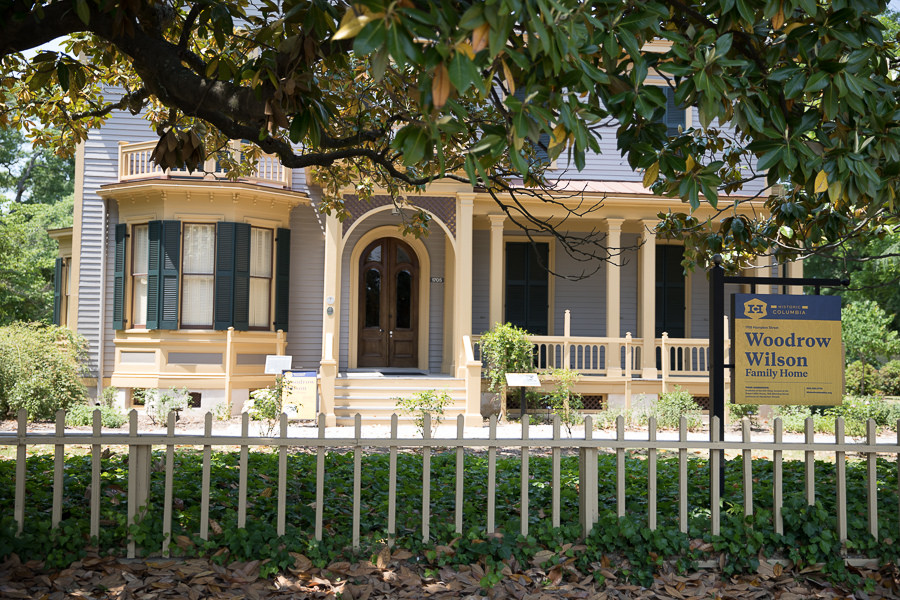 Taking our No. 3 spot is the Woodrow Wilson Family Home, in Columbia, S.C. The Woodrow Wilson House is the only museum in the nation dedicated to telling the story of Reconstruction. This is the home where President Woodrow Wilson spent four years of his childhood. The house was built in 1871, during the height of the Reconstruction era; a tumultuous period in United States and South Carolina history. Today, the house is a museum, devoted to showing Columbia's struggle to rebuild itself after the Civil War, and the Wilson family's time spent in the home. 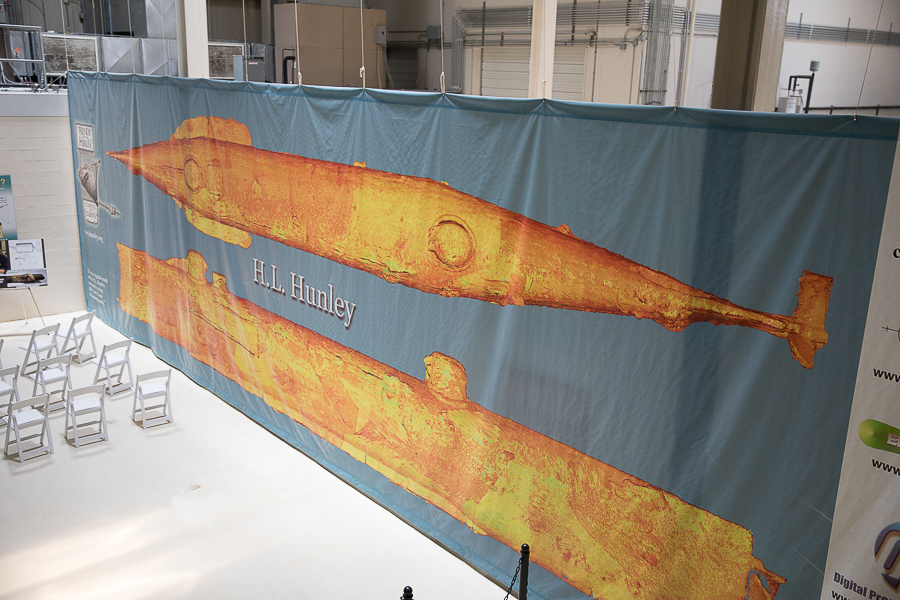 Hand-cranking its way to the No. 2 spot is the H.L. Hunley Museum, located in Charleston, S.C. The C.S.S. Hunley submarine made history during the American Civil War when she became the first submarine to sink an enemy ship in combat in February, 1864. The Hunley's mission to sink the U.S.S. Housatonic was a success, but the submarine disappeared under mysterious circumstances, and never returned to port. The submerged remains of the Hunley were located in Charleston harbor in 1995, and raised in August, 2000. The submarine has been under the care of archaeologists, historians, and scientists at the Warren-Lasch Conservation Center, where she is in the process of being conserved and restored for future display. 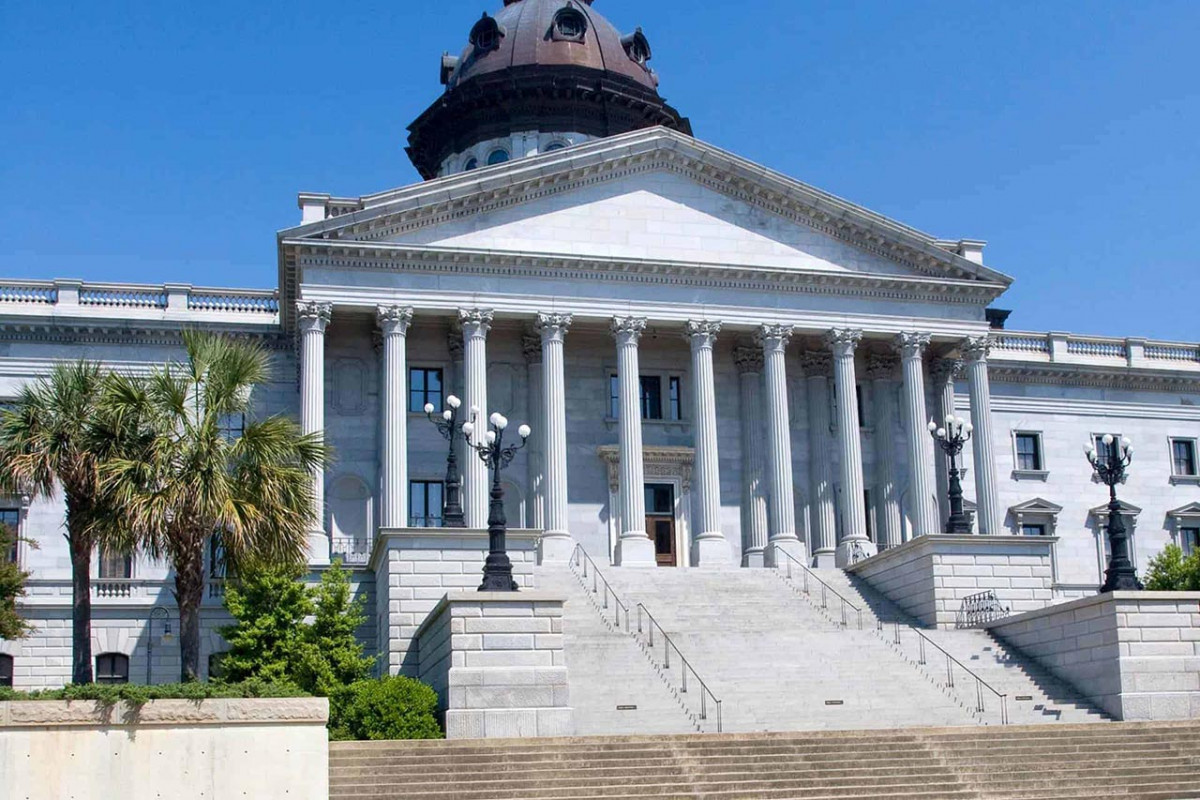 And crowned at the No. 1 spot on our virtual tours list is Columbia’s very own South Carolina State House. The S.C. State House and its grounds are a living monument to South Carolina’s rich history. The original State House was destroyed by General William T. Sherman’s Union forces during the American Civil War in 1865, and the new building, under construction, took damage from shellshot, which can still be seen today! This building houses the S.C. government, including the General Assembly, and the offices of the Governor and Lieutenant Governor. Many monuments adorn the grounds, including the African-American History Monument, the Palmetto Regiment Monument, a cannon from the U.S.S. Maine, and the famous statue of George Washington, complete with broken cane.

For Black Women, the 19th Amendment was the Beginning of a Long Fight for Voting Rights

The 19th amendment promised women the right to vote would not be denied because of gender. But it was an empty promise for women with dark skin. "It's an historical legacy...

When the digital SCETV series History In A Nutshell came to fruition, its goal was simple: to aid educators by highlighting historical topics not previously found on...