The first episode of the 10-part DIY with Martin Amado released Thursday, September 30.  The series is hosted by Create Crafts Challenge 2020 Grand Prize Winner and television personality Martin Amado (seen on Telemundo and commercial TV across South Florida) and will continue with weekly releases through the end of October. The digital shorts feature a mix of projects designed to help viewers enhance their living space both inside and out.

In the first episode (see above), Martin recycles an old window frame into a beautiful and functional message board for your home. Watch for more new episodes in October at DIY with Martin Amado on CreateTV.com. 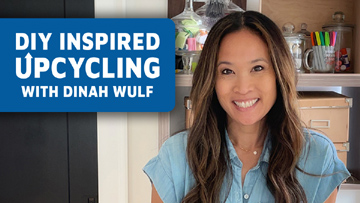 About the Create Crafts Challenge

Selected from a nationwide pool of entries by judges who are among public television’s best known makers, the Grand Prize and Second Prize award-winners were provided a cash prize and production equipment to produce each respective digital series for release on the Create channel website: CreateTV.com.

The top 18 prize-winning video entries from the Create Crafts Challenge 2020, including those from Amado and Wulf, may be seen on CreateTV.com.