Residents in the following zones must evacuate beginning no later than NOON on MONDAY, SEPTEMBER 2: 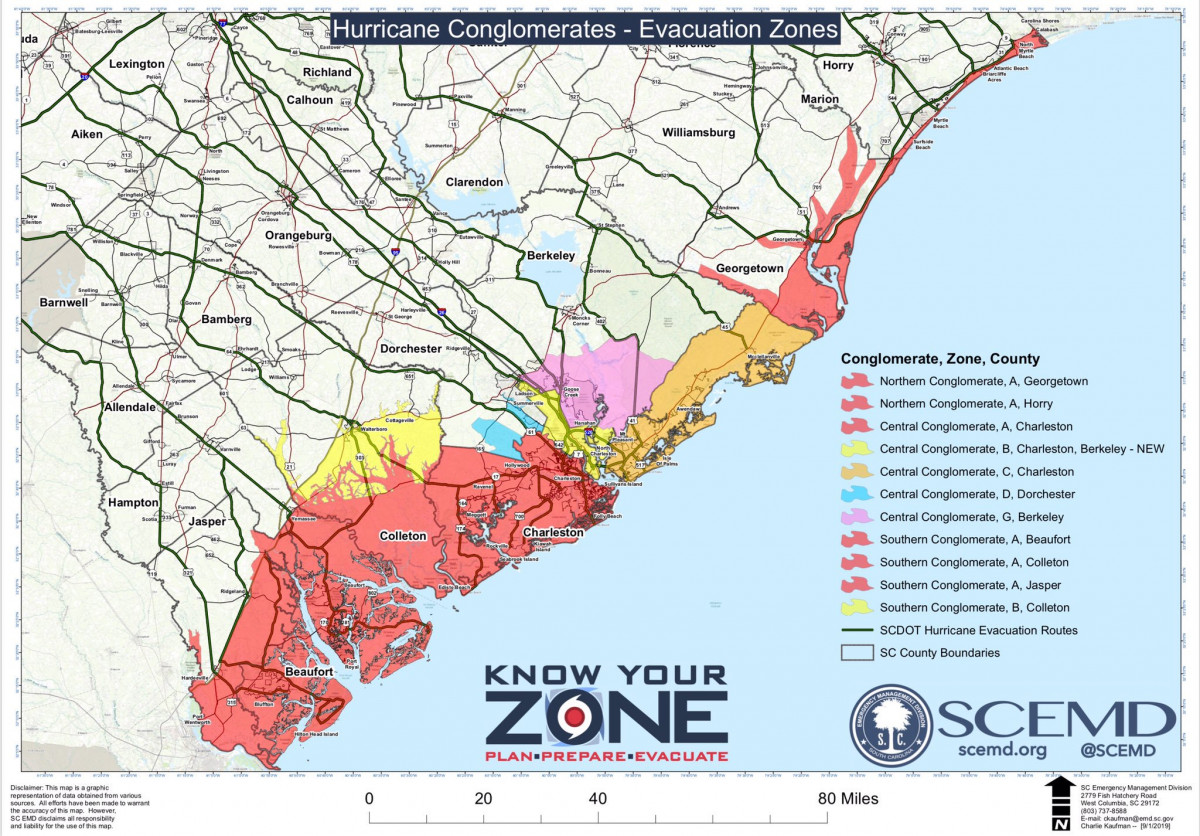 To find out whether they are in evacuation zones, South Carolinians can use the “Know Your Zone” tool on SCEMD’s website. Residents can know their zone instantly using the SC Emergency Manager mobile app, simply by sharing their location.

Evacuation shelter locations will be available on scemd.org and in the SC Emergency Manager mobile app as soon as they are opened.

Evacuees should pack the following essential items in case the evacuation period is lengthy: required medications, adequate clothing and essential personal items. Residents going to evacuation shelters should bring their own blankets, pillows, cots and special food items if they are on restricted diets.

Individuals and families should plan to board pets with veterinarians, kennels, or other facilities in non-vulnerable areas. While pets are not allowed inside Red Cross evacuation shelters, people with animals can take their pets with them to any shelter so volunteers can help them make arrangements.

The governor has also ordered the mandatory medical evacuation for healthcare facilities licensed by the S.C. Department of Health and Environmental Control (DHEC) in the aforementioned evacuation zones.

Additionally, Governor McMaster ordered all schools and government offices in the following counties to be closed, beginning Tuesday, September 3:

Lane Reversals for I-26