If you’re looking up toward the sky at Lake Murray this summer, there may be a chance you can catch one of South Carolina’s most incredible natural phenomena. Every Summer, upward of 500,000 Purple Martins use one little speck of land in the lake to rest their wings after a long migration. During the winter, these birds travel as far as 5,000 miles to the Amazon basin in search of food and nesting. When the colony makes its way back to Lake Murray for breeding, the flock’s population is so vast, it can even show up on weather radar systems. 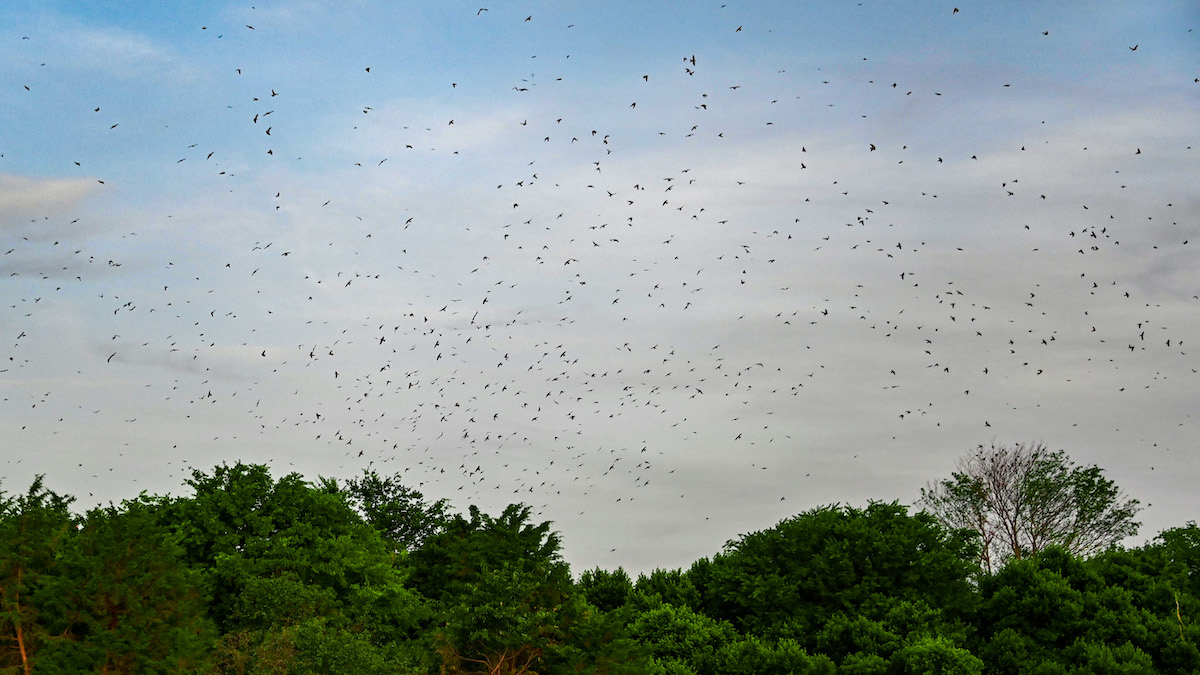 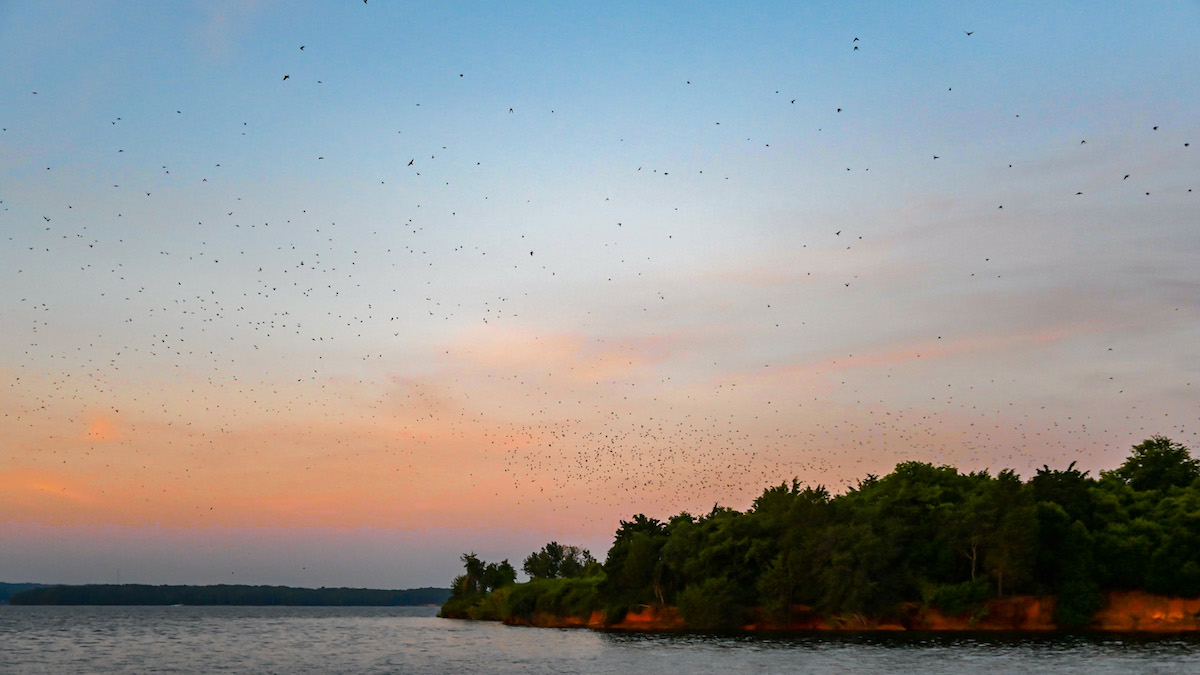 Well rested, the Purple Martins fly out from their roosts on the island 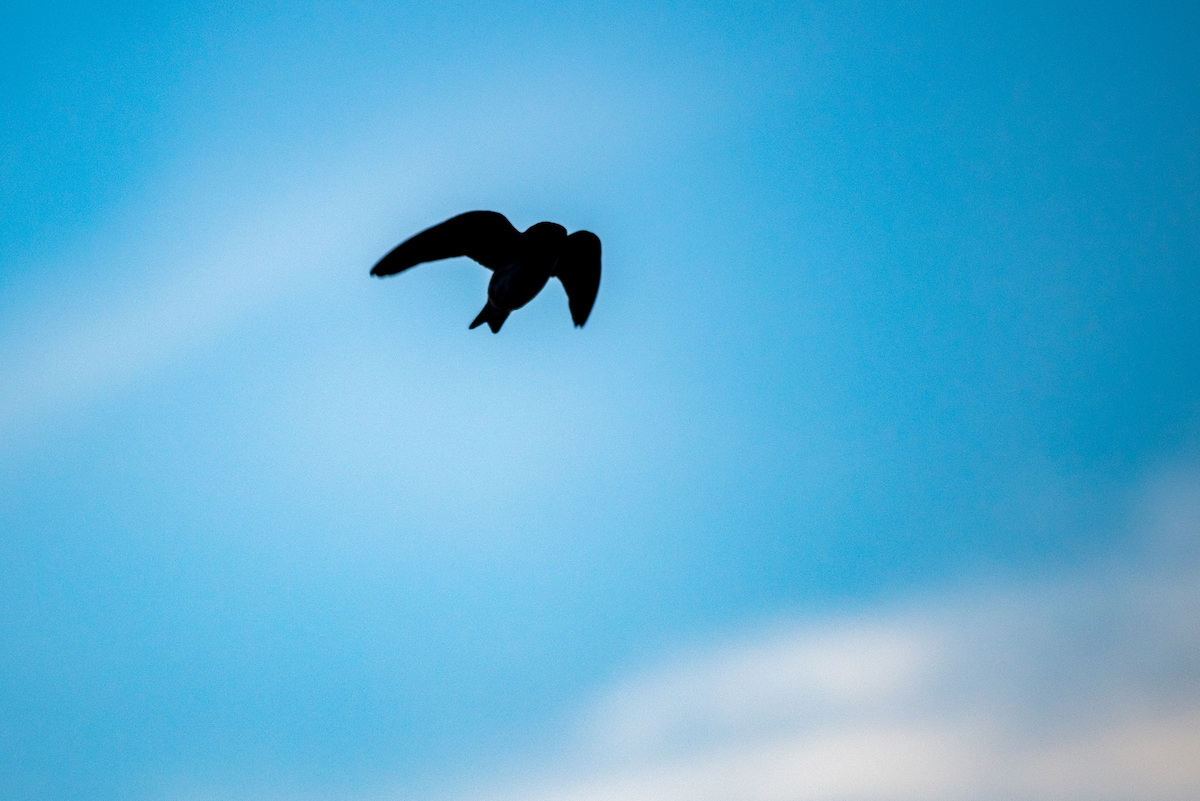 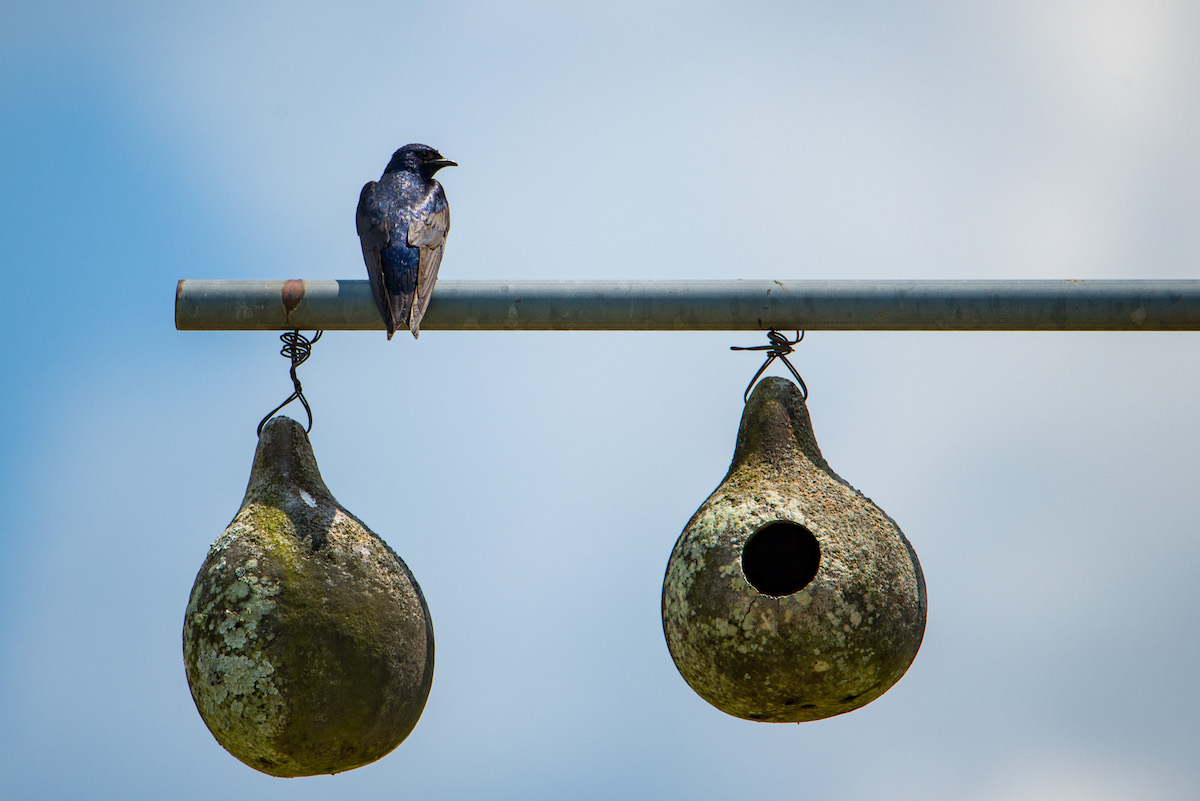 Purple Martins will roost in gourds, first practiced by Native Americans and still used to this day 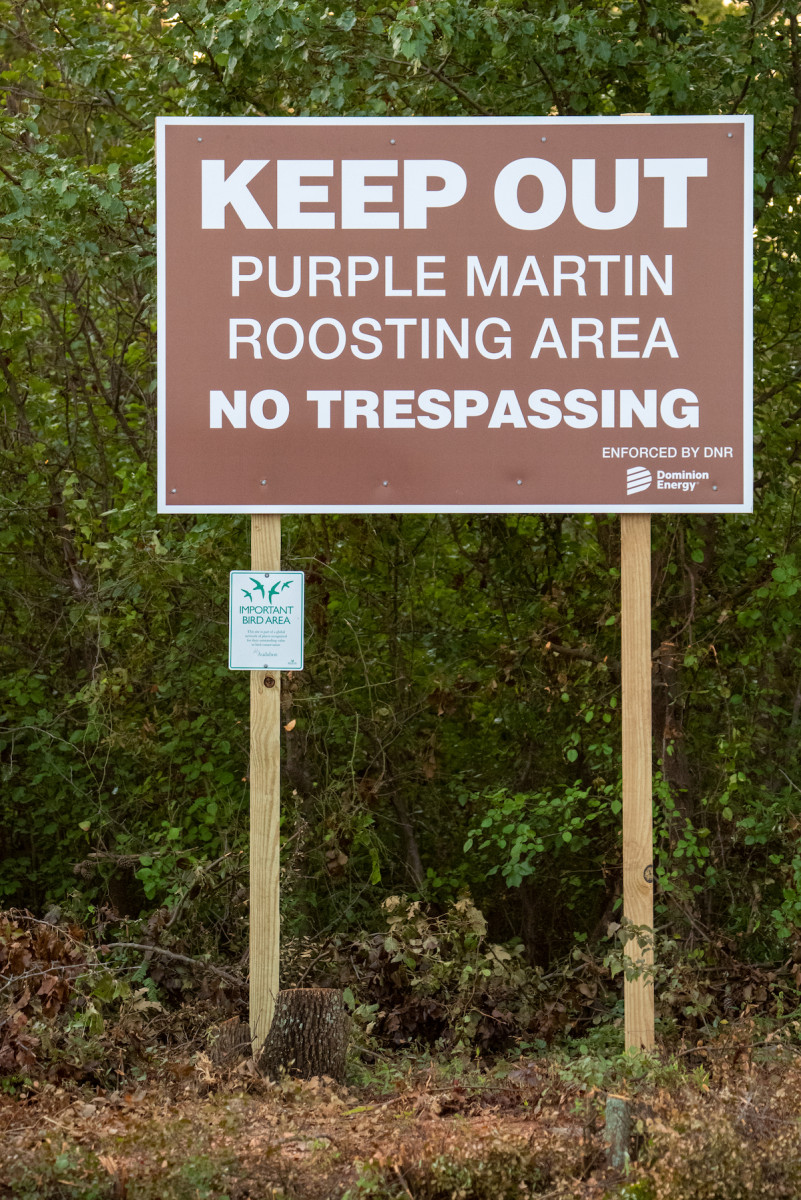 Bomb Island, aka Doolittle Island, may be a rookery now, but during the 1940s, it was host to a very different type of bird. After the attacks at Pearl Harbor, Columbia Army Air Base (presently Columbia Metropolitan Airport) became the nation’s largest B-25 bomber training facility. Renowned WWII pilot General James H. “Jimmy” Doolittle led Air Force volunteers on an extremely secret and dangerous mission in retaliation to the Japanese surprise attack. Known as the Doolittle Raid, the objective targeted mainland Japan and served as a huge boost of morale after the devastating defeat at Pearl Harbor. First, these pilots conducting the air raid had to practice their daring operation. Lake Murray, being only 10 miles away, served as the perfect area to conduct these exercises. 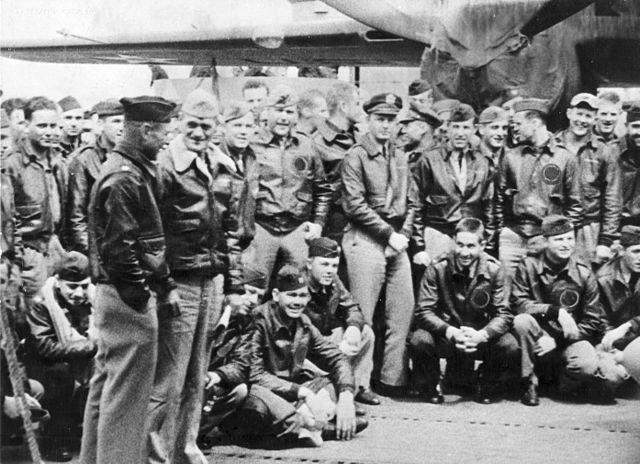 Orders in hand, Navy Capt. Marc A. Mitscher, skipper of the USS Hornet (CV-8), chats with Lt. Col. James Doolittle, leader of the Army Air Force's attack group. This group of flyers carried the battle of the Pacific to the heart of the Japanese empire. US NAVY 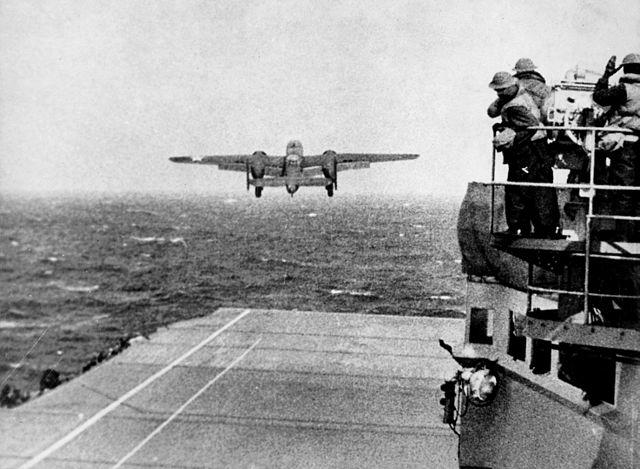 Takeoff from the deck of the USS HORNET of an Army B-25 on its way to take part in first U.S. air raid on Japan. Doolittle Raid, April 1942. NATIONAL ARCHIVES AND RECORDS ADMINISTRATION

Warbirds or songbirds, these feathery guests aren’t here for long. July and August are the peak times the Purple Martins can be seen at the island. The best hours to view this spectacle are during sunrise and sunset when the birds swarm. So, whether you’re a birdwatcher or history buff, this 12-acre chunk of clay has something to offer. 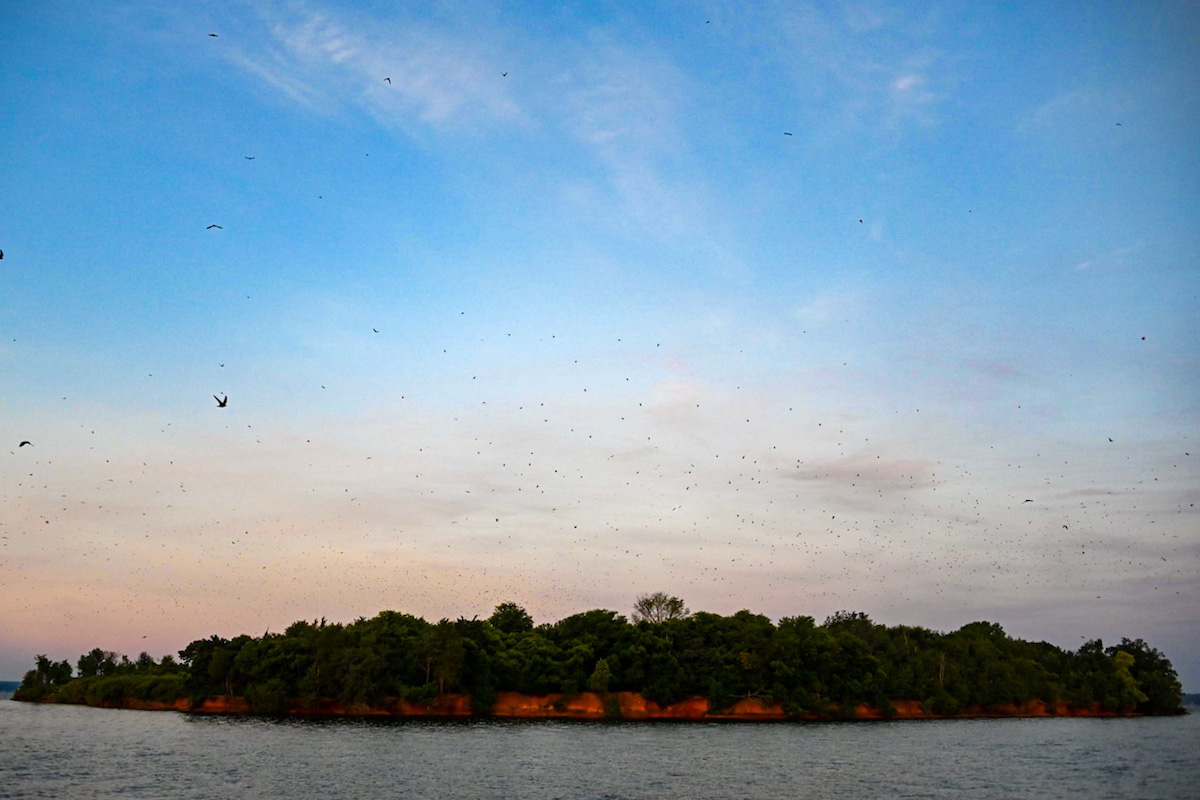