SCETV Education partnered with the SC Department of Education and several other entities to live stream the 75th Anniversary of the Liberation of Auschwitz Commemoration which was held on January 28, 2020 at the USC Alumni Center. The speaker was Elisha Wiesel, son of Eli Wiesel.

This event honored the six million Jewish victims of the Holocaust and the millions of other victims of Nazism. Attendees and speakers included:
Hosted by The South Carolina Council on The Holocaust
The South Carolina Council on the Holocaust operates in collaborative partnership with the state legislature and the SC Department of Education to promote awareness about the Holocaust and to honor the survivors and concentration camp liberators who call South Carolina home. In 1945, International Holocaust Remembrance Day was designated by The United Nations General Assembly to commemorate the liberation of Auschwitz-Birkenau. The Council will continue to honor the anniversary of the liberation to raise awareness and educate the public about the Holocaust.

Features interview with Elisha Wiesel He is the only child of Holocaust survivor, author, professor, and Nobel Peace Prize recipient Elie Wiesel. 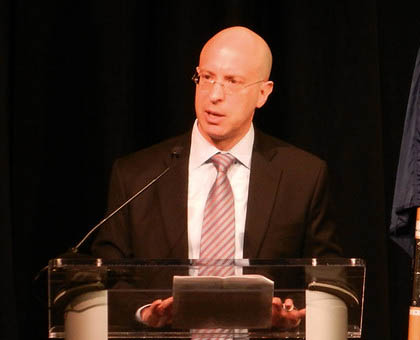 One of the survivors of Auschwitz was the late teacher, author and Nobel laureate Elie Wiesel.  His son Elisha was in Columbia Jan. 28 as keynote speaker at a remembrance event presented by the South Carolina Council on the Holocaust.  In an interview with South Carolina Public Radio, he said it's essential to remember the Holocaust, because genocides are still happening today,  and he named an example.
LISTEN NOW